Salvatore Vasta: judge in the Peter Ridd case has had more than 20 verdicts overturned

Orders made by the controversial federal circuit court judge Salvatore Vasta have been overturned by superior courts on more than 20 occasions, a review of court records shows.

The most recent decision to be struck out on appeal – Vasta’s finding that James Cook University unfairly sacked the contrarian academic Peter Ridd – is probably the most high-profile one to be voided under scrutiny.

However, it followed a number of cases where appeal judges were critical of Vasta, finding he had displayed “open hostility” to a witness, made threats to imprison parties in family law cases, denied litigants procedural fairness and made basic errors of law.

His actions have prompted criticism from the Australian legal community, and calls for a federal judicial commission to examine complaints against judges.

In 2018 Vasta made an order in a family law case that a child be “baptised as a Catholic”, despite neither parent seeking such an order, and the matter of baptism not being raised in substance during the hearing.

A 2019 family court full bench appeal against the decision overturned the order.

The appeal judgment also detailed how Vasta threatened the parties with imprisonment if they breached his orders, and that he would change custody arrangements if the parents did not improve their communication. 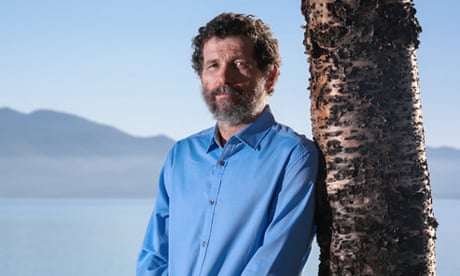 “People who break my orders – they only go to one place and I don’t think that [the appellant] wants to spend five years in jail, which is what would happen if she broke my orders,” Vasta said during the initial hearing.

“First, it possibly suggests a complete misunderstanding of the provisions of the act that deal with contravention of parenting orders.

“The focus of [those provisions] is on achieving compliance with parenting orders and not merely on punishment. It follows that any breach of any order whatsoever cannot be punished automatically by five years’ imprisonment. Any sentence of imprisonment is a sanction of last resort.

“Secondly, and alternatively, the statement might be seen as hyperbole, deployed in an attempt to bully the appellant into complying with the orders (which, of course, she is obliged to do in any event). Neither approach is acceptable.”

In another matter in February, the full bench of the family court described Vasta’s actions in imprisoning a man for contempt of court in a property settlement hearing as “an affront to justice”.

The man spent six days in a maximum security prison for failing to disclose financial documents on time.

In June, Vasta was again rebuked by the full bench of the family court, this time for “impermissible editing”. During his oral decision, Vasta made a threat to imprison parents who did not follow his orders. This was later edited out of a published written decision.

“The father, who appeared unrepresented at trial and before us, said the published reasons for judgment removed bullying remarks made in the oral reasons and materially recast the oral reasons given,” the court said.

“We regret needing to do so, but we repeat what was said in [the baptism case] about the inappropriateness of judges speaking to litigants in these terms which can only undermine the communities’ trust in the administration of justice.”

This was not the first time Vasta had been criticised by an appeals court for varying a judgment. In 2017 his orders were successfully appealed in a case where the published orders varied from those read aloud in court.

The Law Council of Australia has raised concern about Vasta and considered a move to instigate a parliamentary inquiry. Vasta’s father, Angelo, is the only judge to be dismissed from office after a vote of parliament.

The Law Council president, Pauline Wright, said in a statement it had previously written to the chief judge about Vasta, “in relation to matters of concern arising out of judgments of appellate courts”.

“While we are confident that action is being taken to address our concerns, this particular matter has highlighted the need for a transparent oversight mechanism for federal judicial officers,” Wright said.

“It is essential to the protection of the rule of law that there be a strong and independent judiciary, separate to, rather than subject to, review by the executive arm of government.”

The federal circuit court last year placed Vasta under mentoring and removed administrative responsibilities. The court has confirmed those arrangements remain in place.

Vasta did not respond to a request for comment via the court.