Restrictions on reporting cases in the family courts concerning child custody or distribution of assets are “hopelessly obsolescent” and should be repealed, a former judge has said.

Sir James Munby, who retired as president of the family division in 2018, said that since the coalition government’s withdrawal of legal aid for private family cases in 2012, there has been little effective scrutiny of such cases.

Addressing a conference on shared parenting in Edinburgh on Monday evening, Munby also highlighted a recent controversial case dealing with issues of sexual consent as illustrating the depth of problems in the family courts.

“The effect of Laspo [the 2012 Legal Aid, Sentencing and Punishment of Offenders Act], with its withdrawal of legal aid from most private law disputes, has been to make the family court an increasingly lawyer-free zone, with ever increasing numbers of litigants having to appear unrepresented and without legal advice,” Munby said.

The “comparative rarity of published judgments in private law cases” had added to the difficulties, Munby argued. “The restrictive provisions of the now elderly and hopelessly obsolescent section 12 of the Administration of Justice Act 1960 mean that, absent a published judgment, there is very little that a journalist who has exercised the statutory right to attend a family court hearing can actually publish about the case.”

Additionally, he said, “There has been far too little research into what is actually happening in private family law cases. There is virtually no accessible data as to what is going on in the courts, or as to the orders being made … let alone as to outcomes more generally. Not merely is the private law family court an increasingly lawyer-free zone, it is, to all intents and purposes, a black hole in relation to data and researchers.” 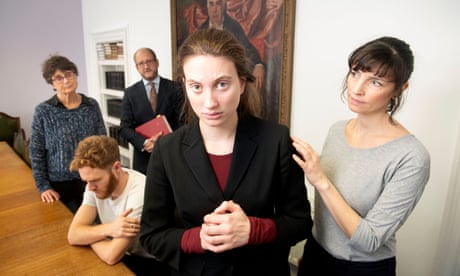 Munby added: “There is a vast and ever increasing mountain of anecdotal material suggesting beyond all serious argument that there are very serious problems which cannot sensibly be ignored by any reasonable person.”

Despite the “suffocating effect of section 12”, he said, MPs and journalists “receive desperate pleas from litigants detailing their distress … at the experiences they have suffered at the hands of the private law family justice system”.

Legal aid should be made available, subject to means testing, for any respondent in cases where there are allegations of domestic abuse and where the applicant has been granted legal aid, Munby recommended.

Section 12, which effectively prevents the reporting of most of what occurs in the family courts, “should be repealed, to be replaced no doubt with much less restrictive, more narrowly drawn and more focused legislation better suited to the modern world,” he added.

As evidence that all is not well in the family courts, Munby highlighted a recent high court ruling overturning a family court decision. “Occasionally, a searchlight is suddenly focused on a particular case, thus revealing in painful detail and with profoundly distressing clarity just what is going on,” Munby said. “The case illustrates in microcosm just what is wrong.”

“Some will say that this particular judgment is not typical, that it is an outlier,” Munby continued. “Others no doubt will say that it is no more than the very small tip of the proverbial iceberg. Without research, we simply do not know, but I fear that the latter view is probably very much closer to the truth.”