Inside the ‘child-stealing syndicate’: Three men including a vigilante paedophile hunter accused of hiding mothers and kids in $140,000 yacht to secretly ship overseas are arrested
By Ben Hill - Daily Mail Australia

The founder of the Australian Antipaedophile Party has been accused of masterminding a criminal syndicate which allegedly kidnapped children and their mothers.

Dr William Russell Pridgeon, 64, his friend Patrick O’Dea, 64, and an 83-year-old man have been charged in relation to the alleged criminal operation, which plotted to transport women and children on a $140,000 yacht from Australia to start new lives in New Zealand or Zimbabwe.

Patricia Plaisted, 78, and a 37-year-old vigilante who calls himself a ‘paedophile hunter’ have been issued with notices to appear in court in relation to the operation.

The children were allegedly taken after marriage breakdowns or custody battles – often contravening Family Court orders – with the mothers claiming their partners were paedophiles, the Courier-Mail reported.

Police allege Pridgeon undertook sailing lessons in order to use the yacht 56 South, and had sold his assets for gold bullion – at one point having 11kg (worth $750,000) at a storage facility in Sydney.

Scroll down for video 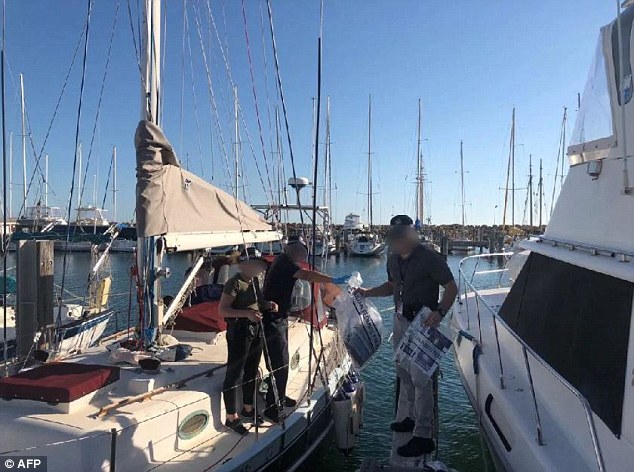 The syndicate allegedly plotted to transport women and children on a $140,000 yacht (pictured in Fremantle, Western Australia) from Australia to start new lives in New Zealand or Zimbabwe 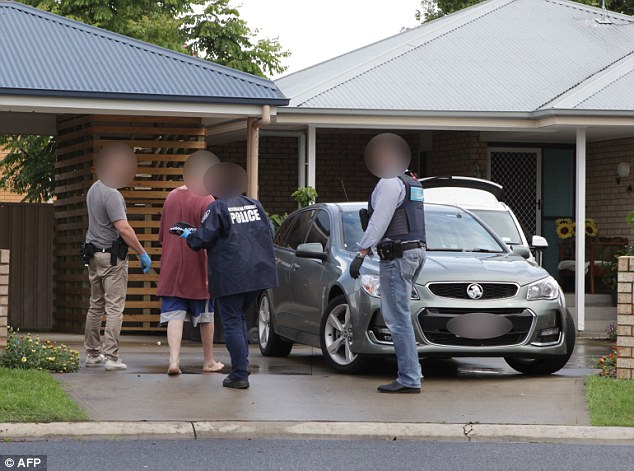 Patrick O’Dea, 64 (pictured in red shirt) was arrested on Wednesday and charged in relation to the operation 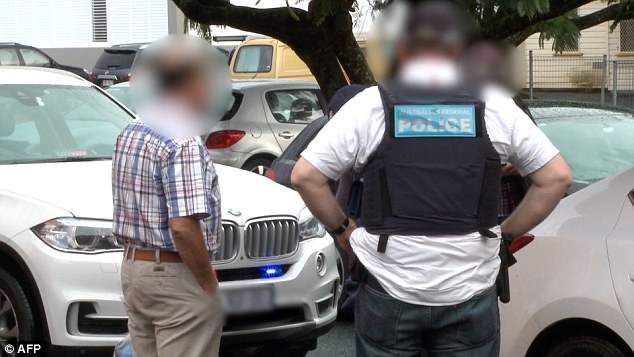 Pensioners and professionals are believed to be part of the syndicate, which allegedly used encrypted messages in order to avoid detection.

Pridgeon – who was arrested at his home in Grafton, New South Wales on Wednesday – is a GP and founded the Australian Antipaedophile Party.

He allegedly used Commonwealth money to create a network of 40 people which were part of the operation.

Police allege O’Dea, who was also arrested on Wednesday, was given the job of driving around Australia for days at a time to pick up women and their children.

O’Dea – who once served in the Rhodesian army – allegedly stalked and threatened a father who eventually had his children returned to him years after they were taken.