Fathers of yesteryear tend to be portrayed as cold, detached, even callous creatures. But, says Steve Humphries, the cuddly, hands-on, sentimental dads we know today are by no means a modern-day creation. 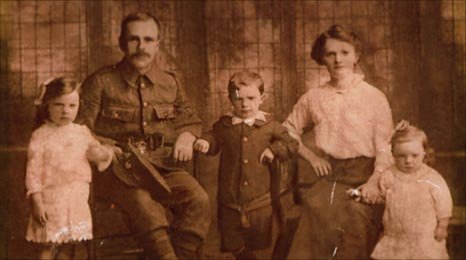 Lily Barron (nee Jones), left, and family when her father was home on leave

Fathers of yesteryear tend to be portrayed as cold, detached, even callous creatures. But, says Steve Humphries, the cuddly, hands-on, sentimental dads we know today are by no means a modern-day creation.

Every night when 98-year-old Lily Barron goes to bed, she looks at the large framed photographs that line her bedroom wall and says a prayer for her father, “the most important man in my life.I loved every inch of him.” 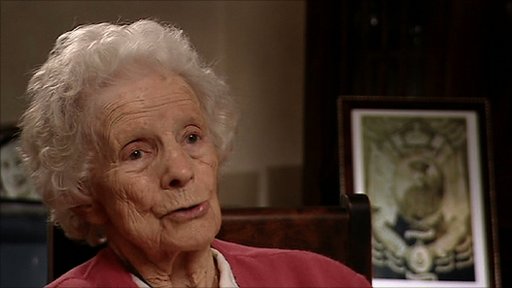 Lily Barron: ‘All we cared about was our father coming back’

Lily’s dad was a miner who lived with his wife and four young children in the town of Blackwood in south Wales. In his attitudes to his children, he was in some ways surprisingly modern. He never smacked them, he read bedtime stories, and he cuddled and kissed them every day. Twice-married Lily remembers him as “the loveliest and gentlest man I ever knew”.

This image of the gentle and loving Edwardian working class father is at odds with our general perception of fathers in the past. We tend to picture them as tyrannical patriarchs whose children were seen and not heard and lived in fear of father’s punishments. It is only in recent decades – or so we imagine – that dads have become approachable, caring and committed to the wellbeing of their children. Nothing could be further from the truth.

The testimonies of fathers, and of their sons and daughters during the first half of the 20th Century, reveal just how prevalent the loving and devoted dad was.

This is not to say that corporal punishment wasn’t sometimes used, or that some fathers weren’t cold and distant figures. But the popular myth of the tyrannical father has seriously distorted our view of the care and commitment shown by generations of fathers towards their children.

Lily’s father, John Jones, served as a Lewis Gunner in the South Wales Borderers during World War I. He was killed in November 1917. His body lay undiscovered for nearly six months.

Regimental diaries reveal he was shot in the thigh and left behind as his regiment retreated. A copy of a family photograph with his wife and children was found on his body. He’d had it taken just a few weeks before when he came home on leave.

He was one of something approaching a quarter of a million fathers who lost their lives and whose sacrifice is still lovingly remembered every year by their children.

It is important to remember just how many dads – like John Jones – don’t conform to the cruel stereotype of the Victorian-style father. The minority of fathers who behaved like this were usually very poor, very rich or very drunk – and were made much of in early cinema films and social reform movements.

The research of academic historian Dr Julie Marie Strange, of Manchester University, reveals how the temperance movement helped demonise and create a working class folk devil father that bore little resemblance to most, who only drank in moderation, worked hard and were devoted to their children.

If schoolteachers tried to cane children who were naughty, they would often find themselves confronted by angry fathers who strongly disapproved of any physical punishment of their children – especially their daughters. Social reformers often criticised working class fathers for being too spoiling and indulging their young ones.

Many stories uncovered in the BBC’s new Century of Fatherhood series show just how close fathers were to their children during the first decades of the last Century. They helped look after their babies, they played regularly with their sons and daughters, they helped educate them and they tried to get them jobs – with sons very often following fathers in the same trade or profession.

Some even took part in the inter-war Fathercraft Movement which was influential in teaching skills to new dads like changing nappies and encouraging active involvement with childcare. 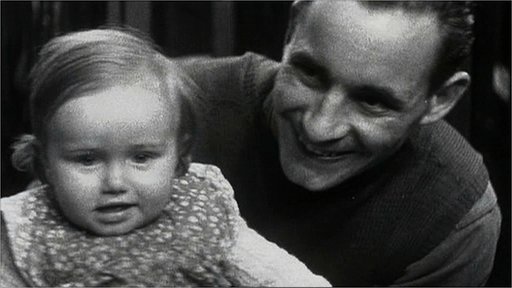 A ‘turning point’ in fatherhood

“The nappies then were made of towelling and there was a special way of pinning them on both sides. It was smelly but I was happy to do that for my lovely daughter,” recalls Tom Atkins, now 97.

In Professor Joanna Bourke’s study of 250 working class autobiographies written during the first decades of the century, she found that “for every one who said that father did not do childcare, 14 explicitly stated that he did.”

The importance of fatherhood for the dads themselves is vividly illustrated in the memories of soldiers who served in World War II.

Lancashire-born Wilfred Copley, now in his 100th year, can still vividly recall how after he was seriously injured in the Normandy landings of 1944, it was the vision of being a father and seeing his newborn baby son for the first time that helped keep him alive.

“I was in hospital and covered from head to toe in plaster cast and they lowered him onto me. What a meeting. That really gave me the will to live.”

After the deprivations of war the simple pleasures of family life and fatherhood were all the sweeter.

The notion of the new father who enjoys a close bond with his children is not as new as many imagine in modern Britain. Today there is sometimes more emotional intimacy and closeness than in the past, but a tender and enduring love between fathers and their children was well established in Victorian and Edwardian times.

Steve Humphries is producer of the A Century of Fatherhood series, an author and former lecturer at the University of Essex