Two years later and Australia now has its own version of airline seating discrimination with Virgin Australia. Read more here. 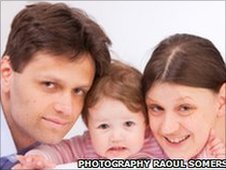 BA has compensated a passenger who was “humiliated’ over its policy of not allowing single male flyers to sit next to solo child travellers on its planes. British Airways cabin crew told Mirko Fischer to move after he swapped seats with his wife and ended up sitting next to a boy he did not know.

Mr Fischer, 33, accused staff of harassing him and said the policy contravened the Sex Discrimination Act.

A consent order detailing a settlement between the parties was drawn up at Slough County Court on Wednesday.

Mr Fischer was on a flight from London back to his home in Luxembourg on 20 April 2009 when his pregnant wife Stefanie asked him to swap seats so she could sit next to the window. He took her middle seat. He claimed cabin crew told him to return to his original seat as the child next to him was an unaccompanied minor. The crew said the company’s policy was not to allow adult males to sit next to unaccompanied children.

But Mr Fischer said he felt he was treated as if he was a potential “child molester”. He said: “I felt humiliated and outraged. They accuse you of being some kind of child molester just because you are sitting next to someone.”

“ We had 75,000 children fly with us last year and it is an issue we take very seriously”  BA spokesman.

Mr Fischer, who was represented by Daniel Tivadar from law firm 3 Hare Court, said there was a brief discussion and he returned to his seat but felt “embarrassed, humiliated and angry”. He complained to the airline by letter and the airline confirmed the policy, stating it related to adult males travelling alone. Mr Fischer said he was being treated differently to female passengers and therefore BA was breaking the law. He said the conversation he had with cabin crew on the flight “constituted unwanted conduct that related to his sex” and violated his dignity. He also said this consequently created an uncomfortable environment for him on the plane. He said: “There were no raised voices but we were in a public place and there were obviously people around us wondering what was happening.”

BA initially defended itself and said when staff originally made the request they genuinely believed Mr Fischer was travelling alone and had no intention of embarrassing, humiliating or angering him by asking him to return to his allocated seat.

Mr Fischer said he suffered “loss and damage of injury to his feelings” and had sought compensation.

BA is understood to have admitted sex discrimination in Mr Fischer’s case and agreed to pay £2,161 in costs and £750 in damages. Mr Fischer donated the damages payout and £2,250 of his own money to the child protection charities Kidscape and Orphans in the Wild after learning of the decision.

Although Mr Fischer told the BBC News website he was disappointed BA limited its admission of sex discrimination to his case, he said his case would help any other men who faced a similar predicament. He said: “It is sex discrimination. I want this policy to be substantially changed as it is a matter of principle. Women are not treated like this.”

The BA policy is a long-standing one and although it is still in place, it is currently under review. A BA spokesman said: “We had 75,000 children fly with us last year and it is an issue we take very seriously. We look after these children as we have been given this responsibility by their parents.”

The company apologised to Mr Fischer for the way he had been treated but said it was pleased to have settled the matter. The spokesman said the flight had been extremely full and there had not been a great deal of flexibility.

In the UK, it is up to individual airlines to decide on how to treat unaccompanied minors.

More on This Story