From Chronicles – a magazine of American Culture

Stephen Baskerville writing about Greg Ellis’s new book, The Respondent – about his experiences in the American Family Law system, but it could just as well be describing the situation in Australia. Note the misuse of domestic violence claims and false allegations. The recognised tools being used to boost a parent’s advantage in family court proceedings in their claims to be the sole carer of the children and secure the majority of the property settlement. 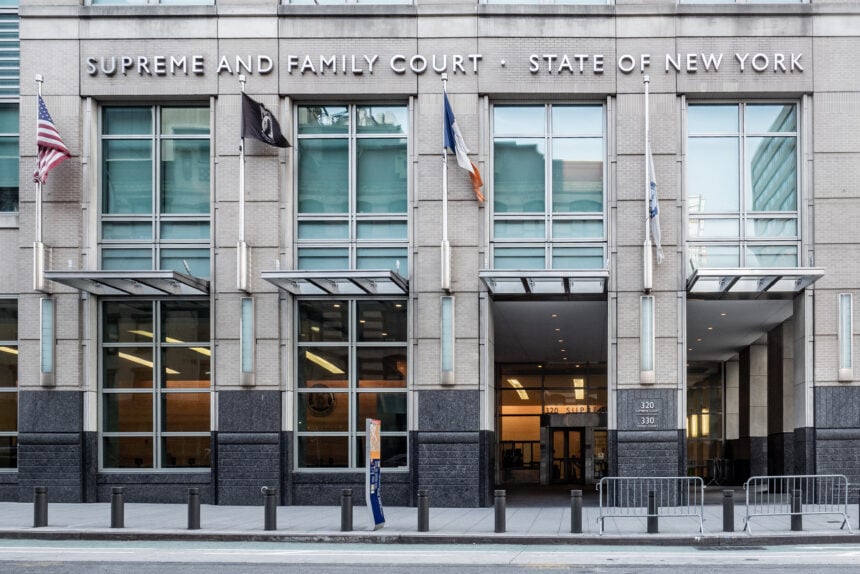 If Americans understood how crooked their courts really are, they would not be surprised at the current travesties of justice—like concocting patently groundless quasi-criminal accusations against former President Donald Trump and everyone associated with him. Commandeering the public justice system to wreak vengeance on our personal or political enemies did not start with judicial grandees sitting atop the commanding heights of our august federal courts.

No, as Greg Ellis shows in The Respondent, perverting justice for private gain and public tyranny was refined by what even the high-minded jurisprudential aristocracy look down upon as lowlife hacks who administer the ethical cesspool of family law. In fact, today’s vendettas against Trump are rendered possible and plausible only by decades of judicial persecution of ordinary, defenseless citizens.

Ellis, a prominent Hollywood actor who played supporting roles in the Pirates of the Caribbean and the new Star Trek franchises, was caught up in the family court wringer after being anonymously accused of planning some unspecified future “harm” to his own children. Without warning, he was summarily questioned—without a lawyer—by police, handcuffed, forcibly removed from his home. He was interrogated again behind closed doors, kept from his children, plundered of almost everything he possessed, rendered unemployable, incarcerated in a psychiatric facility, and left homeless. His young children were also interrogated with leading questions suggesting, without evidence, that he had sexually molested them.

All standard procedure in family law. Presuming people guilty and ruining their lives is all in a day’s work. Similar accounts more obscure (because not written by Hollywood stars) in self-published books, unpublished articles, rejected civil-rights suits, social media discussions corroborate this one—and some of those accounts make this one look relatively mild.

And they are true. I can say this not only because I have read and heard thousands of such accounts or because I have witnessed some in person. When one understands the politics driving family law courts and dictating the twisted ethics therein, one quickly grasps that their perverted rules constitute an open invitation to inflict persecution and plunder on people like Ellis and others. The procedures we permit make it impossible for these abuses not to be happening. In fact, no one denies that it is all routine. They simply cover it with euphemism and launch personal attacks against anyone who criticizes.

No-fault divorce did not remove “acrimony” from family law or any other legal process, and it was never intended to do so. No-fault justice simply eliminated the rule of law in the United States by allowing legal proceedings against innocent people—citizens neither charged nor suspected of any legal wrongdoing, who can be made to feel the full force of the penal apparatus, minus the standard safeguards enjoyed by accused criminals. Courts that launch legal actions against private citizens without telling them their infraction (“fault”) are dispensing not justice but systematized injustice and tyranny. That the main tools of their peculiar trade are other people’s children renders those courts to be nothing less than horror chambers. Ellis experienced the logical result. Once we crossed this line into legal nihilism, the degeneration of the justice system into an extortion racket became inevitable.

Ellis found himself in a Kafkaesque nightmare, where guilt is determined and punishments like expropriation and incarceration are inflicted not by rules of evidence and due process of law but by psychotherapists spouting psychobabble and by social workers implementing the ideology they learned in women’s studies courses. It is a world where having family members incarcerated without trial is not only possible but rewarded as a shrewd litigation strategy. It is a legal underworld where no punishment is so unjust, cruel, or unusual that it cannot be rationalized as being “in the best interest of the child.”

So much destruction proceeds from the government’s divorce machine that the damage is difficult to convey in less space than a book. The foundational institutions of our civilization are all eviscerated: marriage, family, privacy, freedom, constitutional government, professional ethics, social stability, and economic solvency.

The catastrophe is so massive on so many fronts that enumerating them is like battling a Hydra. There are ruined lives, severed relationships, and emotional horrors inflicted on innocent people, especially children. There is the social anomie in communities where millions of fatherless youth grow into delinquents, dropouts, addicts, criminals, derelicts, terrorists (yes, school shooters too), plus the next generation of single mothers. There is the massive expansion in the size and scope of government, including bureaucracies for law enforcement, incarceration, health, education, and housing. There is the open violation of almost every constitutional safeguard and civil liberty by the very courts that exist to protect those rights. There is the perversion of professionals like lawyers, psychotherapists, and social workers into lackeys and bureaucratic gangsters. And there is the cowardice bred into all of us, as we studiously look the other way.

Ellis himself genuflects to political correctness perhaps too often in some of his language, but it would be wrong to hold this against him. Writers on this topic know that most publishers and editors demand such weasel words. Instead, readers should appreciate how Ellis slips in the truth in all its horror. This often takes the form of pithy phrases: family court is “a state-sanctioned kidnapping campaign,” he writes in one chapter titled, “The Mass Kidnapping of American Children.” Elsewhere, he writes that private investigators “commit crimes for lawyers who don’t want dirt on their hands.” At one point, he observes accurately that “the courts determined a need to reward the parent who brings in the business with a finder’s fee.” And he quotes other victims to the effect that “the whole thing is … a system of organized crime.”

Some points merit more attention, like his discovery that social workers “had threatened Dana [his wife] with taking our boys and placing them into foster care if she did not immediately procure a restraining order and file for divorce.” This may not excuse her taking advantage of the corrupt system, but it does illustrate that women too become its prisoners. Having enlisted social workers to eliminate the fathers, many mothers find that the goons then remove the children from them as well.

Psychotherapy figures prominently throughout this book in various ways. The Soviet Union pioneered the weaponization of legal and mental health systems to suppress dissent. Yet American courts have devised even more creative techniques. Gratuitous evaluations, never justified in the first place, gave Ellis an unequivocal clean bill of mental health but were withheld from him and his lawyers and summarily dismissed by judges. Ellis also engages in voluntary self-analysis, using candor to rationalize the abuses he experienced.

Ellis sometimes gives divorce operatives the benefit of the doubt, but his own account belies any suggestion that they deserve it. At one point, he suggests that “judges who are better educated” might help. But no amount of education will change these operatives’ well-honed ways. They are not ignorant or poorly trained (and they are certainly not “underfunded,” as they self-servingly claim). They know precisely what they are doing, because they are the beneficiaries of their scam, and they enact it with ruthless efficiency.

Early on in his travails, Ellis suspected that his lawyers were not working in his interest. Attorneys exchanged daily letters over nothing, driving up their fees. Ellis made some 80 court appearances—none serving any purpose other than fees for lawyers and other hangers-on. His lawyers coached him to recite a script of exact words and phrases and told him that was “just how things were done.” In other words, just rulings were not an option, because the proceedings were scripted and outcomes pre-determined. Robert Seidenberg corroborates Ellis’s experience in a chapter of his book, The Father’s Emergency Guide to Divorce-Custody Battle (1997), titled “Your Lawyer, Your Enemy.”

It would be a shame if this important work followed others like it into obscurity, such as the book by Ellis’s colleague Alec Baldwin, A Promise to Ourselves: A Journey Through Fatherhood and Divorce (2008). First-rate journalists have also risked their careers to expose family court scandals, including Melanie Phillips of Britain’s Daily Mail, John Waters at The Irish Times, Donna Laframboise at Canada’s National Post, and the late Phyllis Schlafly in her book, Who Killed the American Family?

We are now seeing the results of ignoring this horror for decades. No nation can remain free that harbors within itself an underworld of legal tyranny—or that raises its children according to such principles.

Stephen Baskerville is professor of state studies at the Collegium Intermarium, in Warsaw, Poland, and author of several books on sexual politics, most recently, The Gentleman’s Guide to Manners, Sex, and Ruling the World: How to Survive as a Man in the Age of Misandry and Do So With Grace (Sophia Institute Press, 2021).