Men finally admit to being bullied by their exes over child access, money and love 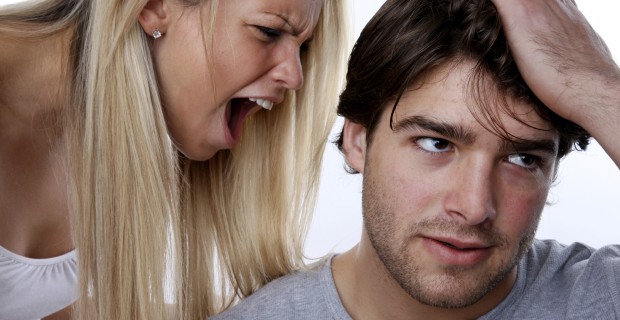 More dads are becoming victims of bullying as their partners threaten to restrict access to children, legal experts say in a new report.

The shock report says men are being bullied over money, access to their children and are even being forced to stay in broken abusive relationships out of fear.

The trend has been reported by lawyers who said they are seeing cases of male clients who have become caught up in “unhealthy” coercive control relationships.

Coercive control is described as a pattern of behaviour which strips a victim of their  sense of self.

It is normally associated with female victims being cowed by loutish exes.

However, lawyers say there are a rising numbers of cases involving men.

According to research more than a third of men in the UK have actually admitted to being a victim of coercive control.

And more than half of respondent said they had experienced bullying or controlling behaviour – exactly same percentage as female respondents.

The research was carried out for IBB Solicitors, based in Buckinghamshire, by Atomik Research who spoke to 1,000 men and 1,000 women aged 18-65.

Kate Ryan, a family law partner at IBB Solicitors, said that in the last 15 years she has seen an increase in cases of both male and female victims from different walks of life including professionals.

She said: “I think there are more men coming forward now it is more acceptable and there is better support out there in terms of mental health and psychological support.

“There are also a lot of charities helping and generally society has less stigma around the subject so men are feeling there is less of an issue coming forward and speaking to police and lawyers telling them that they’re experiencing this kind of relationship.

“For some of them it has been going on for years and years. Even women don’t feel comfortable coming forward and as that’s becoming less of an issue for them, so it is for men. I think we’ll see a lot more of this as things go on.”

Ms Ryan said that regarding the trend of women “using” the child as leverage to threaten their partner into staying in the relationship is “100 per cent quite common”.

“Family courts, particularly where children are involved, are quite renowned with supporting women, and I think women know that and use it and know that their children are a hard-hitting point – yet that’s manipulation”.

She said that financial control, manipulation and checking up on where partners are also common features in coercive control relationships.

“The male element is coming out and undoubtedly there are other males like this who have experienced this and they will start to come out, easy with new definition of coercive behaviour.”

The research also found that amongst those who said they had experienced bullying or abusive behaviour, nearly half of men (48 per cent) said they did nothing about it – significantly higher than the figure for women (33 per cent).

It became illegal to subject someone to coercive control in December 2015 following landmark legislation which paved the way for new charges to be brought.