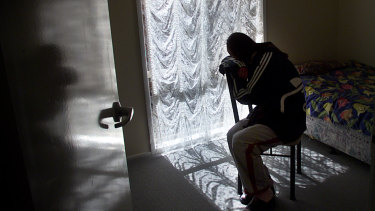 Men’s Rights Agency founder Sue Price has told a federal inquiry on family law fathers are suffering in and outside court because of the lies some women tell.

The inquiry was told by the leader of a men’s rights group it was a “known fact” some women lie to secure domestic violence orders.

“Society in general has been subject to a hate campaign led by determined groups of women focusing on removing fathers from their children,” Ms Price has told the inquiry in Brisbane.

Mrs Price said it was a “known fact” some women lie to secure domestic violence orders.

Her assertions drew the ire of committee member and Greens Senator Larissa Waters, who demanded Mrs Price back up her claims.

Senator Larissa Waters cited evidence given earlier during the inquiry which suggested domestic violence orders do not affect court proceedings. 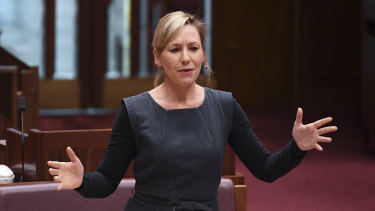 Mrs Price said it was based on her interactions with men at the agency during the last 26 years but she admitted she did not talk to women about the issue.

“You believe the men but you don’t believe the women. Why?” Senator Waters asked. “I don’t accept your assertion at all.”

She attacked Senator Waters for standing beside women’s advocate Sherele Moody at a 2019 press conference, when Ms Moody suggested firefighters stressed from battling blazes were likely to attack their partners.

“Senator Waters, I think for someone like yourself who is quite happy to stand alongside a woman who then proclaims that the firies are going to go home and beat their wives – I think that’s pretty shocking sorts of comments,” Mrs Price told the senator.

Earlier in the hearing, Mrs Price blamed women’s groups and the media for what she called a “war on men”.

Other groups to address the inquiry included the Women’s Legal Service Queensland, which argued for a “shift away from prioritising co-operative parenting” when domestic violence is part of the picture.

Inquiry co-chair and One Nation leader Pauline Hanson told legal service representatives she had concerns with that proposal.